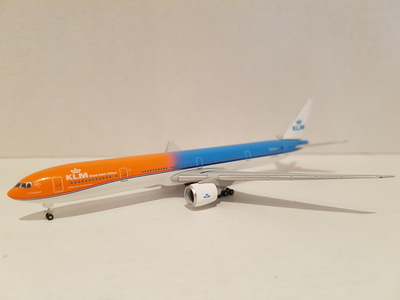 Exclusive model!
KLM has deployed the orange Boeing 777 on routine flights within the network and, whenever possible, during events that offer opportunities to promote the Netherlands. The aircraft debuted the summer of 2016 and was be in operation on the Rio de Janeiro-Amsterdam route during the Olympic Games. After the games KLM used its orange Boeing to operate the “Medal Flight” that brought the Dutch Olympic heroes home.
Verzamelaars die dit model kochten kochten ook: