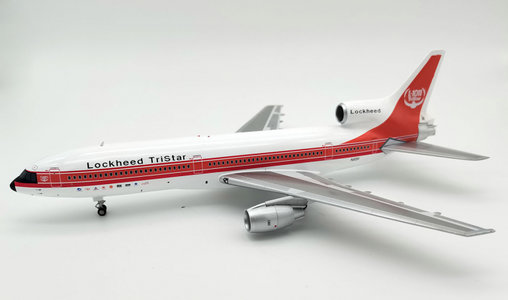 Will be released with a special 50th anniversary coin.

On September 1st 1970 the L1011 TriStar was rolled out for the first time to a crowd in Palmdale California. The then California Governor Ronald Reagan was invited to the ceremony where he was presented with a model of the Tristar by Company President Chuck Wagner. After functional testing the N1011 was ready to take to the skies and on November 16th 1970 from Palmdale. Project test pilot Hank B Dees, co-pilot Ralph C Cokely, flight engineer Glenn E Fisher and flight engineering team leader Rod C Bray left Palmdale for a period of 2 hours and 30 minutes for the first flight.

Between 1968 and 1984, Lockheed manufactured a total of 250 TriStars, assembled at the Lockheed plant located at the Palmdale Regional Airport in southern California north of Los Angeles. After production ended, Lockheed withdrew from the commercial aircraft business due to its below-target sales. The L1011 was the only civilian airliner to be manufactured by Lockheed Corporation.
Schaal:  1:200